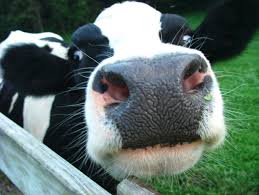 Sorry Vegans for the analogy, but this is the question a business looking for a turnaround should be asking.  For years they have been in the “ranching’ business.  That is, as a project based consulting firm, selling a service that is high margin, but needs lots of nurturing and feeding before a delivering the product to their client.  For their work, they are paid a fee, selling all rights to the product concept and future revenues.

As an example, this is the same business model that software developers utilized for years…until they realized that their customers were not buying that yearly update, because they were content with the version they already purchased and yearly updates for every station in the company was seen as wasted funds.  Thus begat subscription models.  Yielding yearly subscription revenue elsewise the software becomes nonfunctional.

The mantra “customer for life” is known to be a gold standard for profitable businesses, and the ideal result of a vibrant customer loyalty program.  While the prior driver for repurchase has been outstanding customer service and high product quality standards (you earn the right for customer repurchase) companies have now switched the earned repurchase system to a mandatory repurchase system.   This is not truly a novel concept.  Those of a certain age might remember the Columbia House Record Club.  If you did not specifically deny the record of the month, it automatically shipped and was billed.  Now the concept has been revised with the addition of auto payments.  Not only are you billed, but the payment is submitted and paid unless you cancel ahead of renewal time.  Brilliant!  (as long as you  are a satisfied customer).  At some point there may be a rebellion among consumers regarding this semi-hidden auto purchase.  After all, the voter excitement for Donald and Bernie is based upon breaking up the ‘system’ which is felt that works for their own interests above the consumer (voters).  Anyway, that’s a separate rant.

So, back to our project consulting firm.  Rather than single project work, paid to deliver the intellectual property with no residual revenue, how should they revamp to generate longer term revenue?  Note that by offering solo project work, tremendous pressure is put on the sales team, driving them to be hunters, looking for a kill (sell) instead of farmers, looking to nurture their customers.

What options do you think would be a better solution?

The slaughter cows give a good return, as long as you have feed at a reasonable rate and the time to develop the herd.  Milk cows give every day for months, then they revisit the bull.  Actually, the bull on a milk farm has the best gig of all.