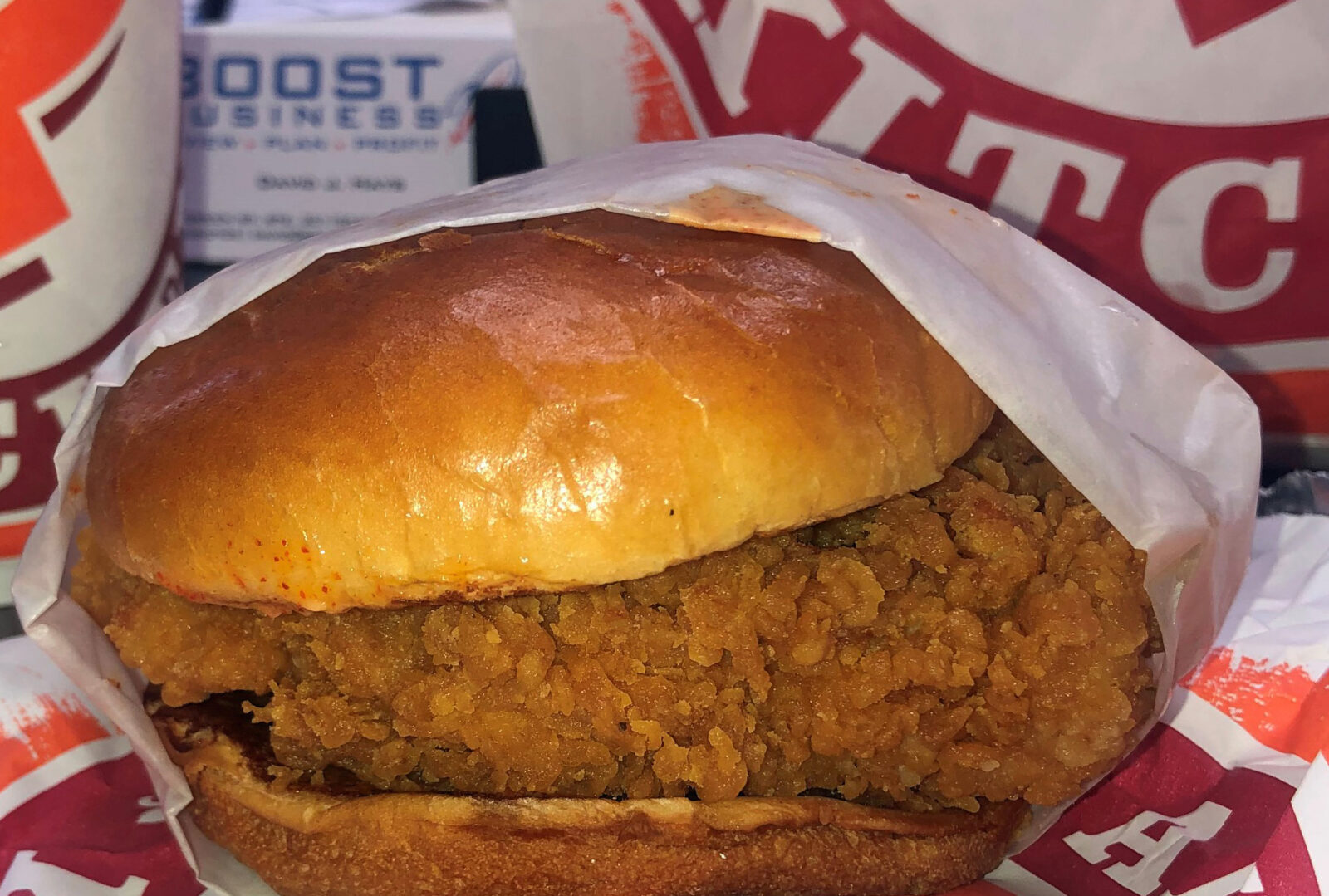 No, I didn’t die, but I’ll admit I was dying to try the super hyped Popeye’s Chicken Sandwich.

Social media marketing has exploded in the 20-teens (2010-2019) but the clear winner in the viral sweepstakes has to be that damn Popeye’s Chicken Sandwich.  During the first launch I admired the impact that the sensation impacted upon our divided country.  Suddenly people of all persuasions were in line at a Popeye’s.  The sleepy fast food joint on Jesse Jewel Parkway was at once jammed with cars that snaked out into the road, often blocking the right hand lane for hundreds of feet.

Full disclosure: as a long-time food marketer I was extremely impressed by the results of this viral campaign.  This thing blew up like crazy!  However, ever since I had the try the hyped McRib (yuck) I swore I would not succumb to the propaganda.  After all, I was involved in the launch of scores of new offerings while working on Fast Food accounts.  At best most were “interesting” from a taste standpoint, we were desperate to create something new and get new or repeat customers in the store.  Many were deemed successful, but from a pure taste standpoint…Mostly just “meh”.

But since I now reside in the proclaimed “Chicken Capital of the World” perhaps I should submit to my Chamber of Commerce duty and try this exonerated new product that seemed to be more popular locally than fireworks on July 4th (maybe).  Besides, I figured that after this long, the lines should be shorter.

OK, so I figured two in the afternoon should be a good time to sneak into the Popeyes for a quick in and out.  Nope, still had to wait in the right lane of the highway for about five minutes, then another fifteen to get to the drive thru window.  Classic or Spicy?  Hello—I’m a South Texas kid, Spicy of course.  After the order board, it was only about a minute to get to the window, pay and go.  Not bad, apparently a big part of the wait is people quizzing the menu at the order board.  Come on! You came for the chicken sandwich, order and go!

OK, so I get back to the office for the reveal.  First look, it’s a big hunk of meat.  Much bigger than ChickFilA sandwich.  Lot’s of crunchy batter, like their fried chicken offerings.  Take a bite.

Damn! I must admit that is a tasty sandwich!  Yes, I will have another.